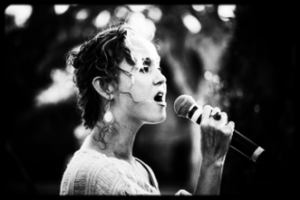 Elizabeth Loyacano’s  passion for storytelling first began through her love for dance, and soon developed into an unswerving love for acting.  Originally from Los Angeles, California, she is the daughter of screenwriter-director-producer Stephen Lord and her mother worked for Lucille Ball and the head writers of  “The Lucy Show.”   Elizabeth grew up studying piano and Classical ballet and jazz dance.   She graduated from Notre Dame High School where she was a competitive drum major and went on to pursue a Bachelor of Arts in Film at the University of California at Santa Barbara, where she choreographed, performed, and directed the UCSB Dance Team, as well as competed as a ballroom and Latin dancer. 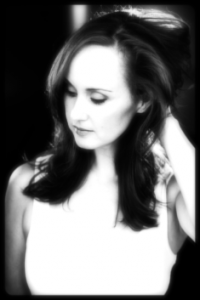 Before Elizabeth built up her resume acting in front of the camera, she accrued experience behind the camera having worked as a production intern at the award winning television series “ER.”   Soon realizing her true passion was performing, Elizabeth began to audition as a dancer-singer for local musical theatre in Southern California where she performed at several theatres including Santa Barbara Civic Light Opera, Saddleback Civic Light Opera, South Bay Civic Light Opera, the Crystal Cathedral and California Musical Theater in Sacramento.  Nearing the end of 2001,  Broadway came to town looking for the original cast of the classic and beloved musical,  “Oklahoma,” choreographed by Susan Stroman and directed by Trevor Nunn, and Elizabeth was cast as Kate in the Broadway revival and relocated to New York where she resides to this day.

Elizabeth has performed in several Broadway musicals including originating the role of Christine Daee in the $70 million dollar production of Phantom Of the Opera at the Venetian in Las Vegas before moving on to assume the role in New York. Continuing her training in both acting and voice, Elizabeth has been very grateful to have learned from the prodigious talents of several prominent NY teachers including Wynn Handman, Caymichael Patten, Craig Carnelia, Tim Phillips, Bruce Kolb, Liz Caplan, Marianne Challis and Mary Saunders Barton.